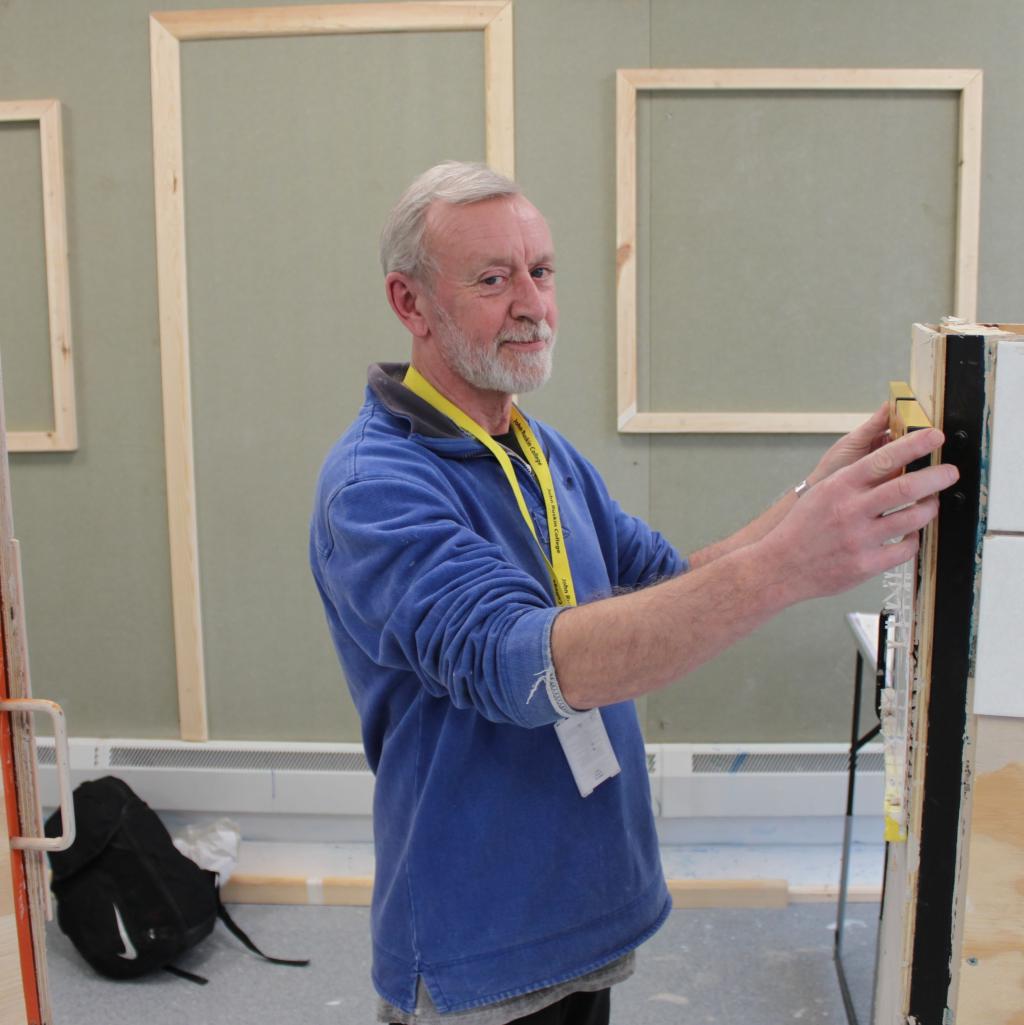 Paul has been a tree surgeon for most of his long career. He thought the work became too intense for him so he wanted a career change. Paul chose to do an Apprenticeship in Property Maintenance as he still wants a physical job and wants to learn professionally.

“The location was ideal for me and the course itself looked great. It was just what I was looking for. I joined Surrey County Council which advised me to go on an Apprenticeship. This way it will open a lot more doors for me in skilled trade jobs.”

Paul is given contracts from Surrey County Council which are very varied. When asked how the Apprenticeship has helped him on his jobs, he said:

“Currently, on the job I’m on, there has been a flood which has caused bubbling paint. I have learned how to deal with this situation from the Apprenticeship. I have learned a little bit of Electrics too on the job”

Paul also spoke about the college facilities and tutor support.

“Considering it’s a small college, resources and facilities are very good. I managed to learn a lot as it has everything you need to succeed.”

Paul has been an Apprentice since March 2021 and will have his EPA in June to become fully qualified. He plans to use this to his advantage for future higher-paid jobs. Asked if he would recommend this Apprenticeship, he said:

“Yes I would. For someone of my age, I think it fits well for me as it’s not a long Apprenticeship and it helps to understand my line of work better. I would say for younger people to go for a 3 year apprenticeship as I have some skills already.”

Have a look at our Construction Apprenticeships and apply!